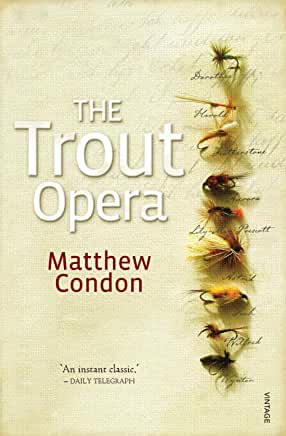 The Trout Opera is a stunning epic novel that encompasses twentieth-century Australia.

Opening with a Christmas pageant on the banks of the Snowy River in 1906 and ending with the opening ceremony of the Sydney Olympics in 2000, it is the story of simple rabbiter and farmhand Wilfred Lampe who, at the end of his long life, is unwittingly swept up into an international spectacle. On the way he discovers a great-niece, the wild and troubled young Aurora, whom he never knew existed, and together they take an unlikely road trip that changes their lives.

Wilfred, who has only ever left Dalgety once in almost a hundred years, comes face to face with contemporary Australia, and Aurora, enmeshed in the complex social problems of a modern nation, is taught how to repair her damaged life.

This dazzling story – marvellously broad in its telling and superbly crafted – is about the changing nature of the Australian character, finding the source of human decency in a mad world, history, war, romance, murder, bushfires, drugs, the fragile and resilient nature of the environment and the art of fly fishing. It’s the story of a man who has experienced the tumultuous reverberations of Australian history while never moving from his birthplace on the Snowy, and it asks, what constitutes a meaningful life?