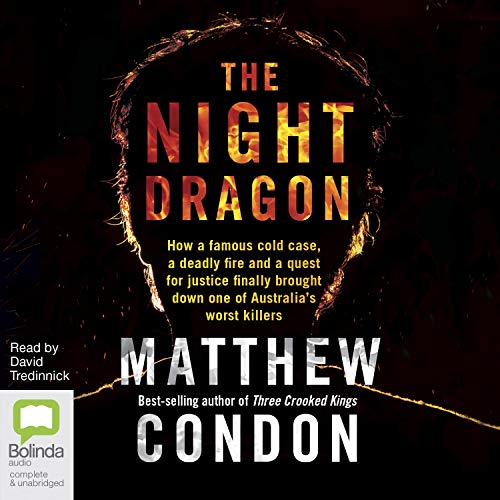 How a famous cold case, a murderous fire and a quest for justice finally brought down one of Australia’s worst killers.

“He takes you in the middle of the night, like an angel, and you’re gone for good.” (Witness at Vincent O’Dempsey’s committal hearing for murder, 2015)

In 2017, Vincent O’Dempsey was sentenced to life in prison for the brutal murders of Barbara McCulkin and her two young daughters. It took over 40 years to bring him to justice. Feared for decades by criminals and police alike, O’Dempsey associated with convicted underworld figures and has been linked to a string of haunting cold cases, including the deadly Whiskey au Go Go nightclub firebombing that killed 15 innocent people.

Award-winning investigative journalist Matthew Condon has interviewed dozens of ex-cons, police and witnesses to put together a compelling picture of the calculating killer who spent his life evading the law before he was finally brought to justice. The Night Dragon shines a light on a chilling chapter of Australia’s criminal past and the devastating legacy left in its wake.