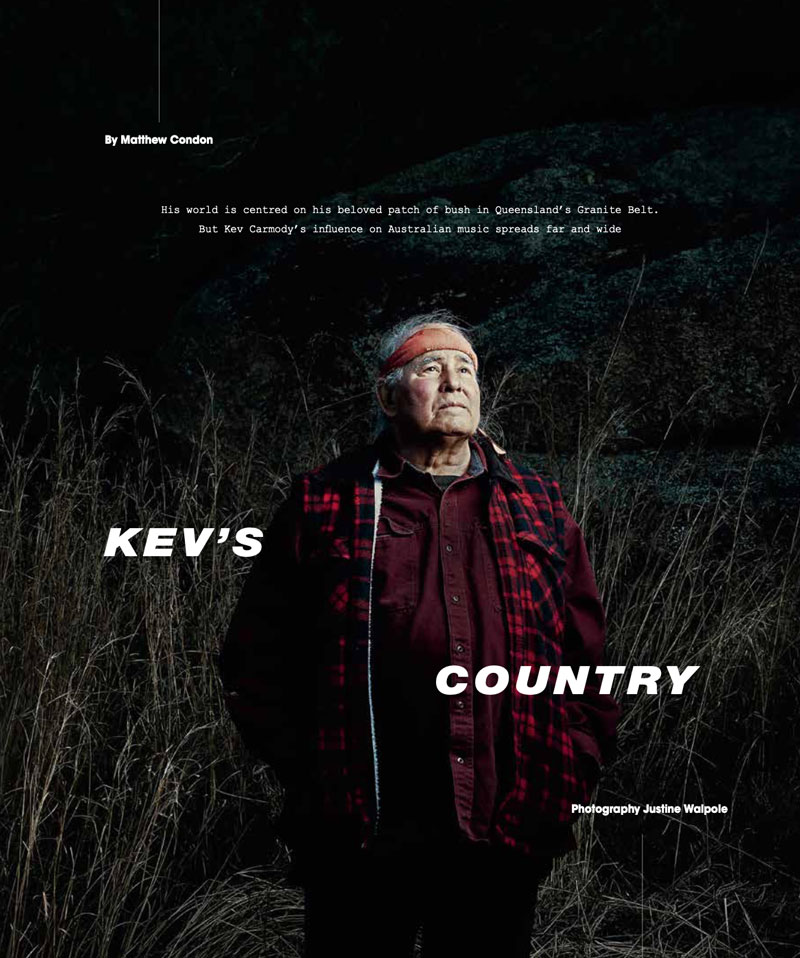 It’s a cool Thursday afternoon on the back roads of Stanthorpe, on the Granite Belt just inside the Queensland border, and Kev Carmody is having trouble clicking in his seatbelt. The car is filled with Kev, in his checked winter coat and with a beanie low on his forehead, guitars in the back, and a pot of pea and ham soup lovingly made by his wife Beryl. We’ve been yarning all day – so much so that we didn’t have time to eat the soup – and despite three spinal operations and his debilitating arthritis, Kev, 74, a colossus in Indigenous music, or for that matter any music produced in this country in the last half century, finally gets the belt secure.

And just as well. On the short drive to his home, outside the town of Ballandean south of Stanthorpe, he continues, as he has done all day, with his wondrous, sometimes raucous, sometimes quiet, sometimes painfully moving, sometimes hilarious, monologues. It’s a verbally boisterous and bumpy ride back to Kev’s joint. He has quite a motor, this big, bull-chested man, his grey hair held in a loose ponytail, and as we navigate through his community he issues a delirious, non-stop stream of observations about life, nature, tomatoes, his neighbours, granite formations, flowers, his chops as a songwriter, Indigenous Australians, injustice, unfairness, the birth of ballads and the death of friends.